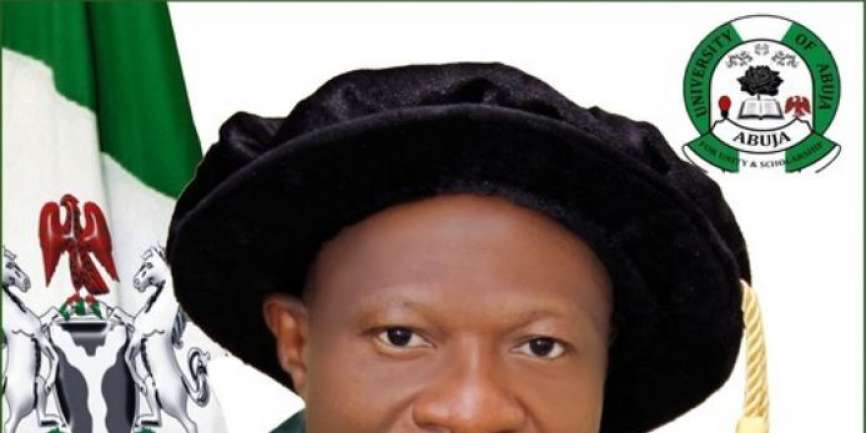 Development will continue to elude Africa until there is peace, justice and fairness on the continent, the Vice-Chancellor, University of Abuja, Professor Abdul-Rasheed Na’Allah, has said.
Professor Na’Allah made this observation, while launching the kick-off of the Nigerian component of a research grant on Decolonising Peace Project, on Thursday 19th November 2020. The project was a partnership among the University of Abuja, Open University, UK and Pan African Development Education and Advocacy Programme (PADEAP), a Non-Governmental Organization.

According to the Vice-Chancellor, incessant armed conflicts, insurgencies, kidnapping and other forms of violence have affected the development of Africa in all ramifications. He attributed the prevalence of such conflicts on the continent to the consequences of colonialism, and urged African countries to come up with home-grown solutions to their political and economic challenges.

He said, “Africa is confronted with many challenges especially armed conflicts: Boko Haram insurgency, wars, kidnappings, killings, violent protests, political crisis. But many of these conflicts are part of the consequences of colonialism and the reluctance of the colonialists to leave the colonised countries alone to develop on their own, and example is the failure of the pan-African dream for the United States of Africa and continued violence in the Congo Zaire and the Sudan, among others. They continue to ignite and engineer conflicts in many African countries to further subjugate the continent.

“I will tell you that the biggest obstacle to development in any society is conflict. Of course, without peace there can be no development. And where peace, justice and fairness are guaranteed, there is a strong likelihood of political, economic and social development.”
The Vice-Chancellor, observed that Africa had enormous resources for development and also beautiful plans and ideas about how to utilize them before the end of colonization. “Now because of these engineered crises, many of those resources have been plundered, while the beautiful plans and ideas for development have not been able to materialize. Actually, they cannot materialize in an atmosphere of hostility and conflicts,” he said. Professor Na’Allah challenged the Decolonising Peace Project researchers to work diligently in order to come up with practicable solutions to the myriad crises assailing the continent, assuring them of his utmost support.

Kari further stated that Professor Parvati Raghuram of the Open University of UK was the Principal Investigator, while there were two Co-Investigators (one each from a university and an NGO) in each of the four participating African countries. He said he and Mrs. Tominke Olaniyan (of PADEAP) were the Co-Investigators for the Nigerian component of the grant. The Decolonising Peace Project, which was planned to have commenced in April 2020, had been delayed due to the spread of Covid-19 pandemic, Kari said. It eventually took off in October 2020.